One of the first decisions new home buyers face involve whether to begin with a single-story or two-story house. Ultimately, how does one make a decision over the other? While some have conflicting opinions on this subject, and at times very personal, depending on your home site and personal circumstances there can be limitations and advantages. So, let's set aside the personal preferences and biases for the moment, and let's start reviewing some.

Generally speaking two-story houses cost less per square foot to build because the most expensive element can be averaged over a large square footage on a smaller footprint. Another advantage of buying a two-story house is the distinct separations between bedrooms and living spaces. While most ranchers' layouts have the bedrooms on one side and the living space on the other side, two-story homes create an even more separation between living and sleeping quarters. On top of that we have other small advantages such as less roofing maintain; meaning less distance for piping and wires to travel, upstair bedrooms and bathrooms have a little more privacy, safety wise, upstair windows are safe to leave open, and last but not least the stairs can be used for aesthetic effect.

Now let's move to the negative part of a two-story home. For one, senior citizens have a harder time moving up and down. At some point stairs are more than a hassle. They’re an obstacle. Many people with mobility issues sell their home because they cannot go up and down stairs. Secondly, because there are two floors the house it will become harder to cool the house down in the summer and warm it up during winter. Also, in case of emergencies finding an exit while being upstairs may become rather difficult.

A rancher also has it's great advantages. Let's start with the fact that one can have more living room space since there wouldn't be need to spend a square foot on stairs. A one-story house will make it easier to evacuate in case of a fire. It is also easier to add skylights. In fact, it’s not only easier, it’s pretty much possible anywhere you like. You simply punch a hole in the roof and create the skylight. This is not possible when you have a second floor. If given a choice, would you rather maintain a single story home over a two-story home. Take in mind that a two-story house has much smaller roofing than a one-story house, but the measurement between the roof and the ground will be quite different between the two when cleaning up the gutters. A few more advantages are that there is more possibility for an attic, and more renovation flexibility.

The other side of a one-story house is that it is more expensive per square root. If you like your privacy, this may become a little hard since every room is in the same floor. Safety wise, bedrooms on lower level are attractive to burglars. Lastly, one-story house have a stigma of being "old fashioned".

In conclusion, from an objective consideration, ranch-style homes offer more advantages, which is good data supporting that ranches are great for resale value. Yet, two-story are so tempting because it's cost-effective to simply add a second floor that can double square footage. After all, bedrooms aren’t that expensive to build.Therefore, while our list of advantages for ranch-style homes is much longer than 2-story home design, the strength of the individual 2-story benefits can still outweigh the benefits of a rancher.

Questions You Should Ask Your Water Damage Restoration.

Is Your Home Covered? 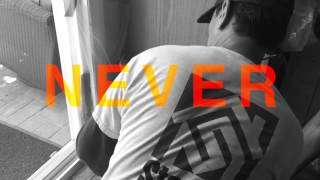